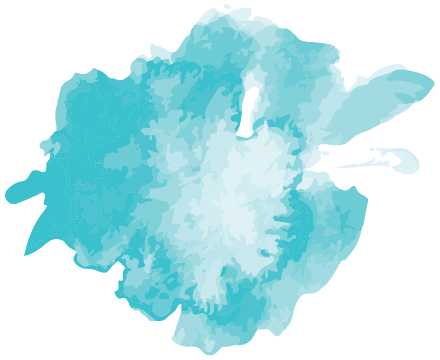 Meet the artist, Debbie Hocking & learn about how she became involved with Water for Good… 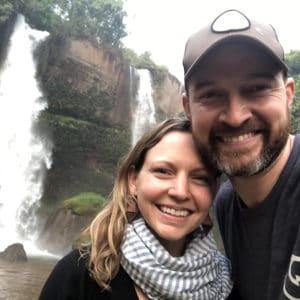 I first learned about Water for Good through my husband, Jay, when he began volunteering with Water for Good in 2004, started working part-time for them in 2008, and then full-time as Water for Good’s Country Director in 2013. It’s been a privilege to watch the organization grow from the beginning, and I’m thrilled to be able to participate in Water for Good’s work in my own small way through designing the holiday card.

I’ve been to the Central African Republic four times, the first trip in 2001, when Jay and I were still in college, to visit his parents and siblings who were living there. I loved getting to see where Jay grew up and meet some of his childhood friends, like Marcellin who is now the owner of Marcellin Drilling Company and a hugely influential figure at Water for Good. 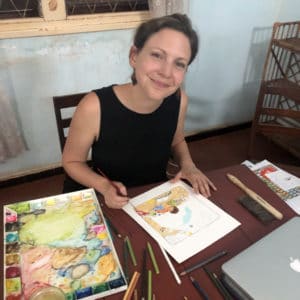 I first got into art because I’ve always loved making things.

In school, art was my favorite class from day one. I had three art majors in college because I just wanted to cram in as many art classes as possible. After graduating, Jay and I worked in France for several years which put my art career on hold. When we returned to the States in 2013, I began pursuing a career in children’s illustration. I’ve now illustrated four books and have several more in the works. One of my favorite parts of the job is when I get to read my books with kids as I generally have a very solitary existence working in my studio. One of my other favorite parts of the book-making process is when I have the character and scene sketches worked out and I start working on final paintings. It’s so satisfying to see it come to life.

I’m currently finishing up a picture book series about a sweet, funny boy named Max, by Stacy McAnulty. In the final book, Max gets his life dream: a puppy! I had fun sneaking my own pup into the background of one of the pages. I’m also working on an early chapter book series written by Jacqueline Davies. It’s about a skunk and a hedgehog named Sydney and Taylor who have a terrific friendship. They go on adventures together, sometimes get frustrated with each other but they learn how to listen, and they always have each other’s back. Sydney & Taylor Take on the Whole Wide World will publish early in 2021, with two more books to follow soon after. 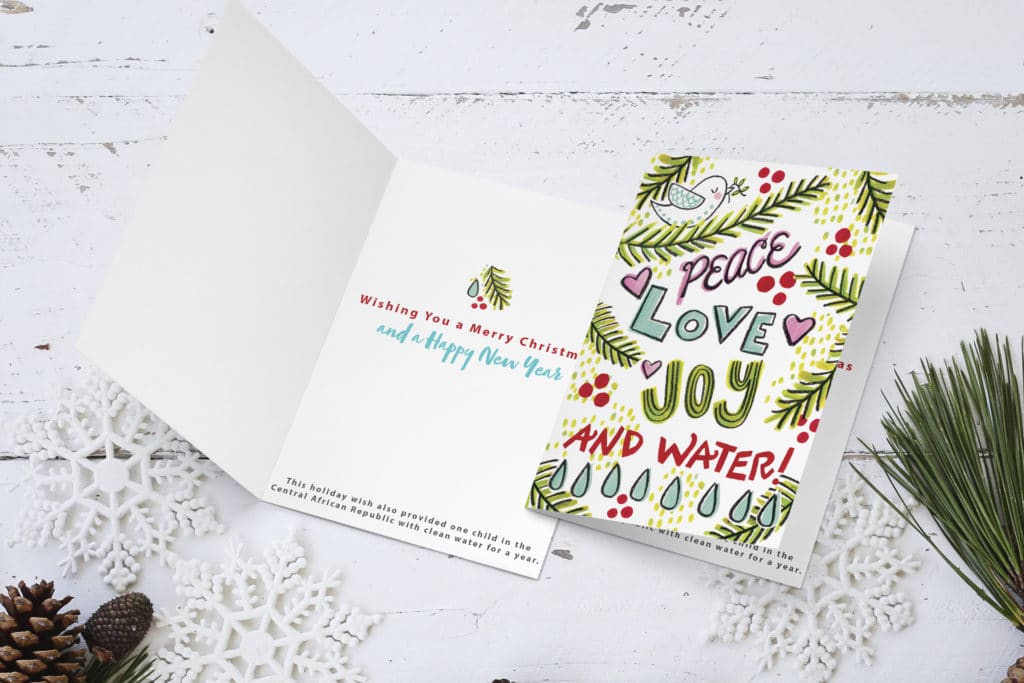 I always appreciate the opportunity to participate in Water for Good’s awesome work through what I love to do…making art! I’m grateful there are ways that each of us can use what we do, even if it seems unconnected, to help in different causes.  I continue to be inspired by the dedication of Water for Good’s staff, both stateside and overseas, in their thoughtful, resourceful, and excellent work in providing sustainable water solutions. They’re truly an incredible organization!

As we approach the holiday season, thank you to all of the wonderful donors and supporters (like Debbie) who make our work possible. From the whole Water for Good team,

Grab your holiday cards + help spread the Christmas cheer!
Sign up for our newsletter. Field updates and impact stories delivered to your inbox!