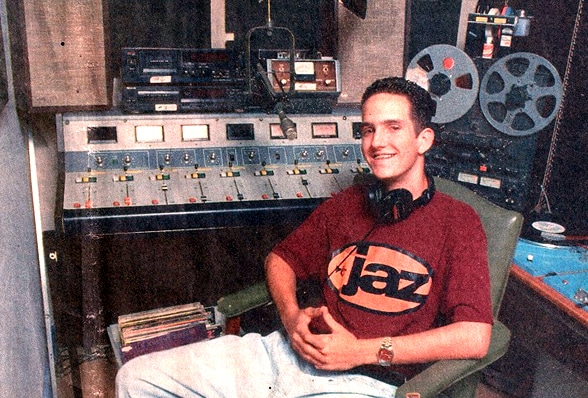 Do you remember your first high school job? Perhaps you were busy delivering pizzas, cleaning bathrooms or babysitting your next door neighbor’s children?

Randall (R Dub!) looks back on his high school years with fondness.

At just 15, he started working at his local radio station as a DJ, taking the name R Dub!. He had always loved radio and especially enjoyed giving shoutouts to his friends between songs during those late nights. His show, Sunday Nite Slow Jams, was born in 1994 and continued with R Dub! as he moved up in his career.

IN 2016, R Dub! supported his supervisor’s 14-year-old daughter, Kylie, as she raised money for a water project. A few months later, he traveled to Africa on a vacation. As a tourist, he spent one day in a village, mainly to just get connected with the culture. Feeling convicted of his plush hotel and running water, he returned to the USA with an idea. 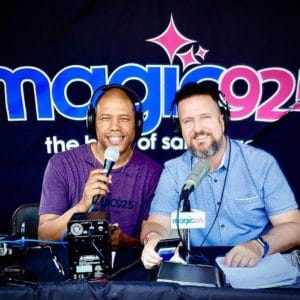 Inspired by Kylie’s passion for helping others and his recent trip, he decided to use his radio program, Sunday Nite Slow Jams, to spread the word about the need for clean drinking water.

He chose a well project in Uganda and began informing his listeners about the water crisis. His community quickly responded and they have since fully funded two wells in Uganda.

This year, R Dub! is currently fundraising for his third water project, with us at Water for Good!

He chose to work through Water for Good because of the well maintenance program. R Dub! said, “People have great intentions in digging these wells but don’t think through that they also need to be maintained. I want our Sunday Nite Slow Jam community to make a lasting difference.”

Welcome to the Water for Good family, R Dub!, and thank you to you and your supporters for helping Water for Good get one well closer to ending water poverty in the Central African Republic. Want to tune in to his family-friendly Sunday Nite Slow Jams? Check out the list of over 100 stations that play his program.

Send an email to Olivia at olivia@waterforgood.org.